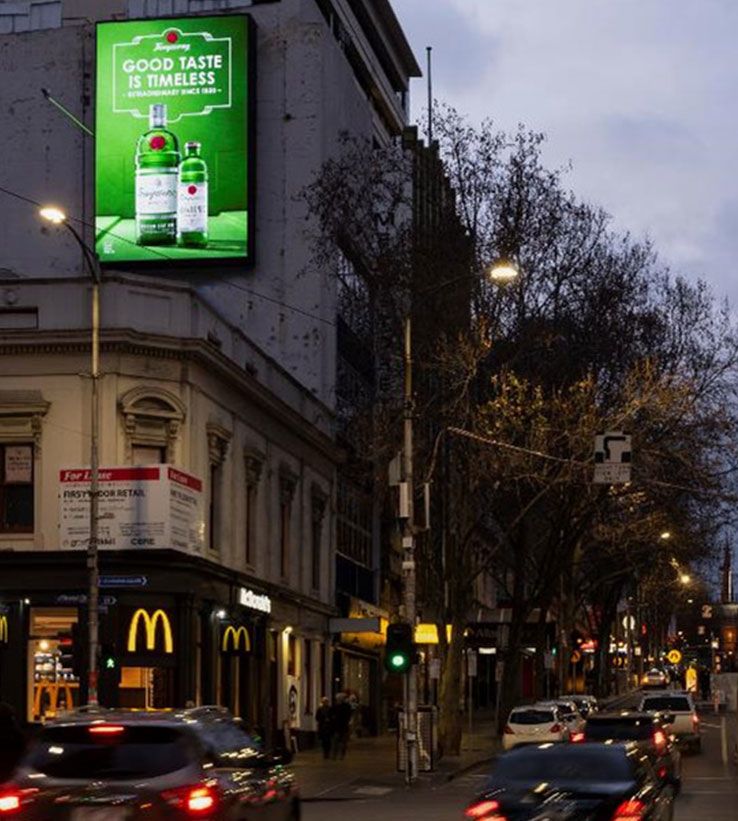 Why Billboards and Outdoor Advertising.

Outdoor advertising is perfect for reaching people on the go. With more people spending less time at home, traditional media like TV, radio, newspapers and magazines mean reach is declining and billboards are are proving more effective.

By advertising on billboards and Ooh media you can:

Launch a brand, build and maintain brand awareness cost-effectively.
Create a high Impact and reach mass audiences cost-effectively.
Target specific audiences and markets with high frequency – ie, shoppers, business travellers, AB’s, teens, store catchment areas.
Multiply the effect of other media, by reinforcing the message over a longer period. Billboards and billboard advertising can increase the retention of a TV campaign by up to 30%
Provide a ‘path to purchase’, and directional advertising, converting brand awareness into consumer purchase behaviour.

You can’t look past Outdoor advertising for branding power that can be taken from the street right through to retail
points-of-purchase. It has been proven that using a brand icon in an outdoor advertisement makes it
40% more memorable than not using a brand icon, and no other medium can turn a product or service into
a brand as cost-effectively as Outdoor. To get an idea of just how powerful Outdoor is at creating a
brand, take a look at the Haka beer case study.

Powerful visibility, bright images and strong branding that stands out from the environment
Outdoor’s impact isdefined by the creative..
The outdoor medium achieves great cut-through because it’s not competing with a plethora of other
advertisements, as is the case with other media environments.
Reach mass audiences or target your message cost-effectively audience
Outdoor billboards provide a continuous presence 24 hours-a-day, 7 days-a-week, and reaches audiences
that other media find hard and cost-prohibitive to attract, eg light tv viewers. Whether you
are driving past in a car, standing in a bus shelter, waiting for a train at a station or
boarding an aeroplane.

Click here to see the different types of Outdoor Advertising in Melbourne Australia.

The do’s and don’ts of Outdoor Advertising.

Outdoor billboard advertising is a reminder medium, when other activity tapers off. Cost-effectively reaches audiences that are cost-prohibitive for other media to reach. Provides a path to purchase, reinforces brand messages from other media closer to point-of-purchase. Is a strategic, cost-effective way to maintain brand awareness between bursts of other media activity.

Advertising is on and gone in 30 or 60 seconds, a newspaper ad may appear once week, or a radio ad fighting to be heard - Outdoor stands alone. Every ad there every day - 24/7.

A study done by Mediacom and the University of Alberta found that:

Outdoor advertising's ability to sustain awareness over a period time is greater than that of television. The research found that at the end of the Outdoor campaign being studied awareness was about 36%. Six weeks later this had fallen only 1%. By comparison TV advertising showed significant decay in awareness 2 weeks after the end of the campaign.

Awareness of Outdoor Advertising is increasing (33% 1978 -1991, up to 39% in 1992 - 1996). This has been attributed to the industries efforts to improve site locations, upgrade structures and educate agencies and advertisers about the most effective types of creative.

Awareness levels are not significantly different between men and women but outdoor is seen and remembered by a greater proportion of 16 - 44 year olds, than the 55+ demographic.

Call us now to see how we can help with your next billboard outdoor advertising campaign on: